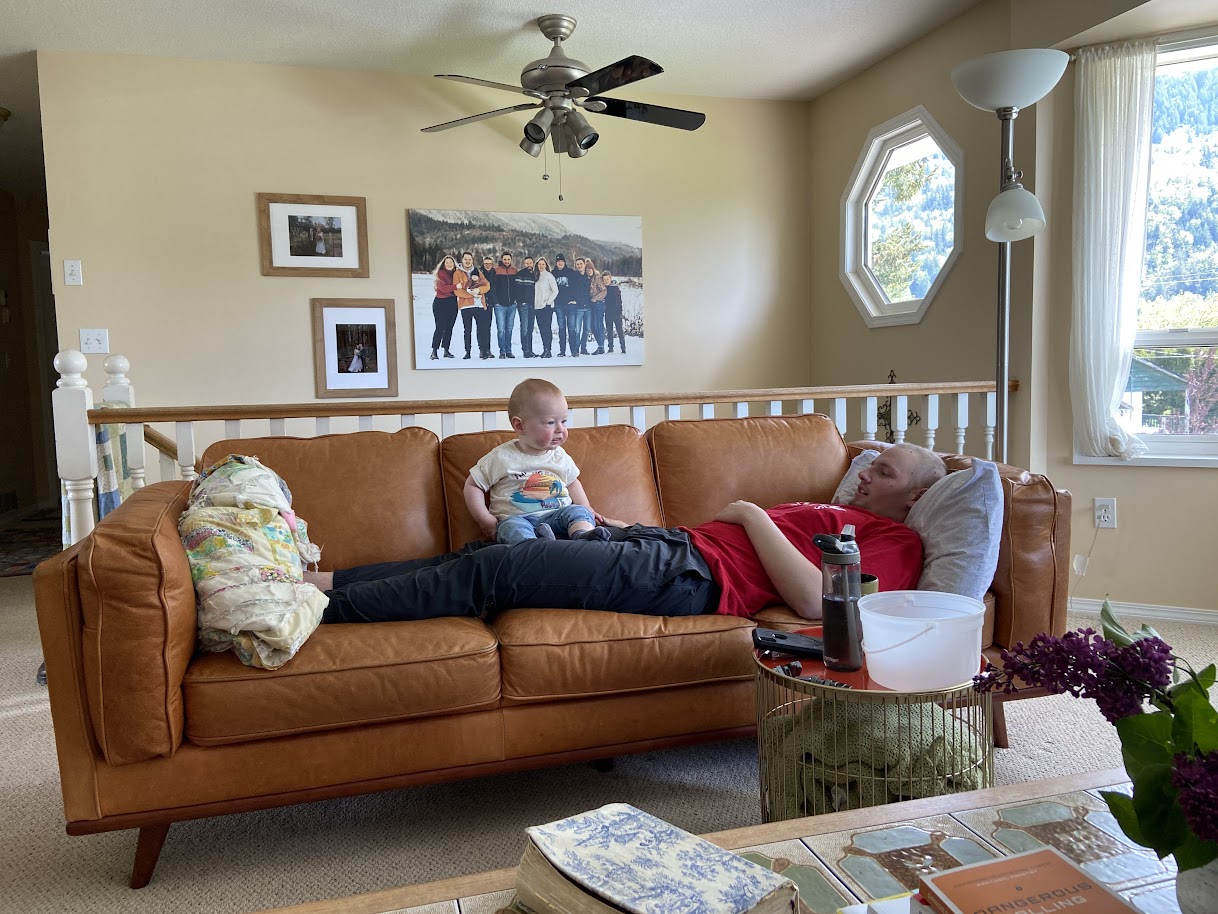 Paul’s words to the Corinthians about the resurrection are so comforting. For those who profess their faith in Jesus, death is not an end, but an entrance into eternal life and even though their physical bodies are placed in the ground, they will be raised in glory at the return of Jesus.

In this section we also read these words, “The last enemy to be destroyed is death.” We long for the day when death will be no more, and this last enemy is destroyed once and for all. In the meantime, on this side of eternity, death is something we have to deal with and it hurts. It’s hard, so hard. Especially when you have to watch one of your own children, a child with so much ambition and potential, die at such a young age.

Markus has turned a corner and his death seems a whole lot closer. Even though God is carrying us and giving us space to process this, it feels like quite suddenly his physical health is failing. Just last week he came home from a trip to Alberta to see Sara and Aidan and some cousins along with uncles and aunts, and the very next day he was up early and worked the entire day. We had a good weekend, and even did some visiting. About mid-day Sunday we noticed a change. Markus didn’t make it to second service with us and when we came home he kind of scared us by saying that he had a coughing episode where he felt his lung was being twisted around. Yikes, after that we decided we wouldn’t leave him alone again. That evening he still had energy to hang out with his friends, even making it outside for a while to join them at the fire.

This week has been about getting on top of pain and symptom management. Monday was a home day but we could tell that Markus was increasingly uncomfortable with a lot of coughing and struggling to breath, especially after getting up from bed or the couch. The nurses from Canuck Place are super helpful. They have increased his morphine (which he was hardly even taking last week) to a constant feed and are in the process of bringing a hospital bed as well as oxygen to our home in the next few days.  Overall Markus is comfortable and peaceful and we are thankful for that.

We feel God’s presence and nearness, but this is sad and hard. Our hope is in the Lord and his promises that endure forever, even though submitting to Him while going through this valley is the toughest thing we've ever done.

“The sting of death is sin, and the power of sin is the law. But thanks be to God, who gives us the victory through our Lord Jesus Christ.” (1 Corinthians 15:56-57)