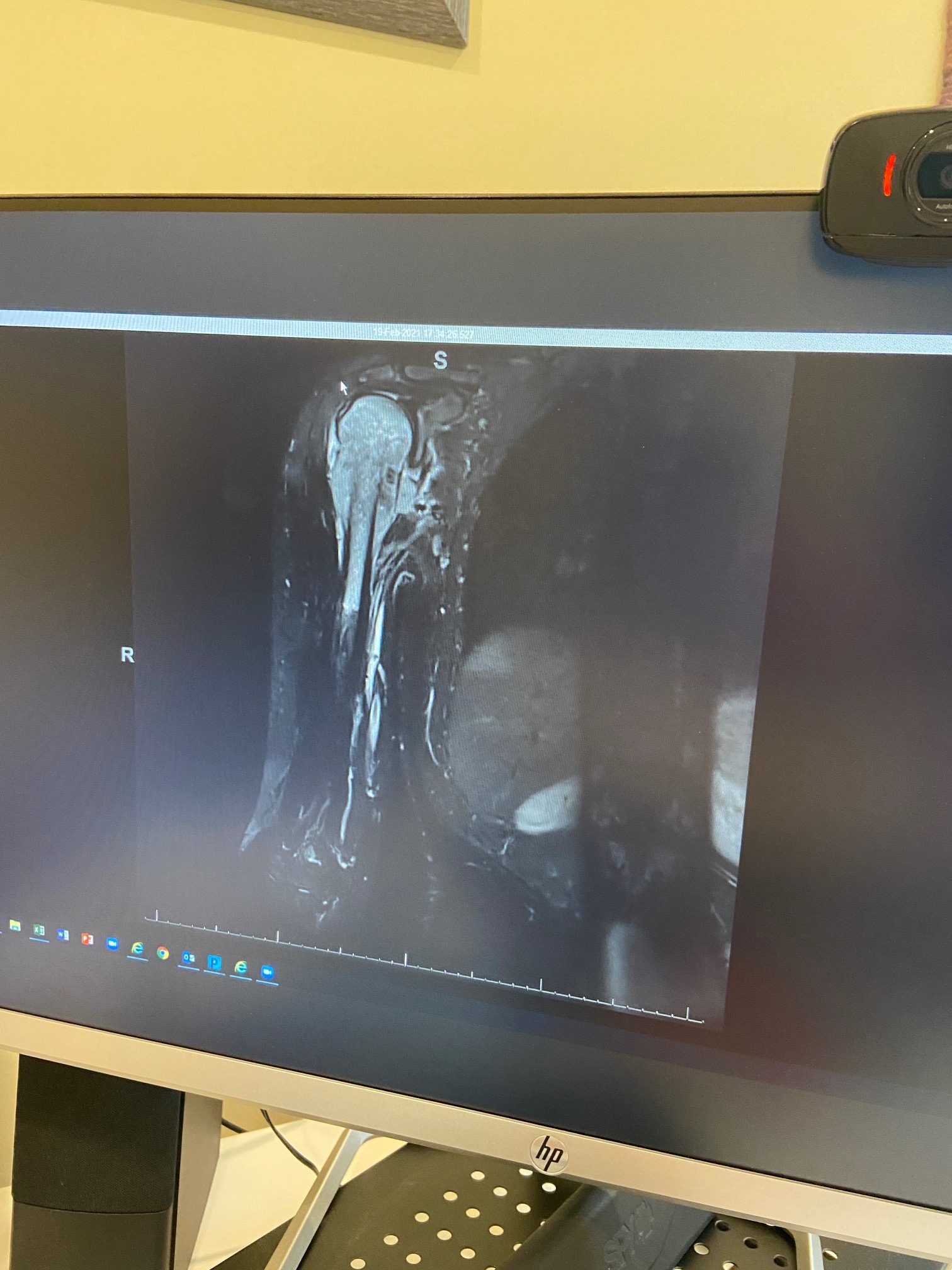 We want to thank you for words of encouragement and prayers at this challenging time. It’s very special to feel God’s nearness and presence through His people as we bear one another’s burdens.

In order to avoid speculation, we thought it would be good to provide you with an update on Markus’ health. He’s been dealing with a sore shoulder for a couple months. We (and he) we’re sure it was a result of overworking it at the gym. He’s had quite a bit of physio and last week we were in the process of getting some x-rays, ultrasounds, etc., to identify the source of the pain.

Things changed significantly last Thursday. He had an x-ray in the morning before school and within an hour we were called in to our family doctors office. She explained that Markus has what is described as “humerus destructive process” in his right shoulder. She told us it was serious and possibly could be a form of bone cancer.

We spent the entire day on Friday at Children’s Hospital with more scans and testing to determine if this was the accurate diagnosis. Towards the end of the day, they were fairly certain that Markus has bone cancer but they still want to rule out whether it’s that or an infection.

This afternoon we met with all the doctors involved in Markus’ care. He has a biopsy tomorrow and while we won’t know for certain exactly what we are dealing with until the results come in 3-7 days, they have told us to prepare for a long journey.

As expected, we are somewhat in shock and wondering why God had put this testing on our path. Please pray that God be merciful. That the best-case scenario would evolve and that whatever happens Markus and our family have strength to walk this road.

Be merciful to us, O God, be merciful to us, for in you our soul takes refuge; in the shadow of your wings we will take refuge, till the storms of destruction pass by. We cry out to God Most High, to God who fulfills his purpose for us. (Psalm 57:1,2)

Category : Uncategorized
PreviousGod had other plans
NextWe have a diagnosis